NEW PRICE: $599,000! In the late 1800s, city dwellers could take a short train and trolley ride out of Boston to “the country,” Waverley Village, incorporated into Belmont in 1859. You too can have this blend of urban and country, without having to travel anywhere.

Originally designed as the Waverley Village School by Moffette and Tolman Architects in 1873, this building in the heart of Waverley Square, Belmont has undergone a few iterations before blossoming into its current incarnation, the Engine 1 Condos. After Waverley Village School, the building became known as the Daniel Butler School, named after the school’s first principal, who also served as a state legislator. When a new Butler School was built, the building was repurposed as the Waverley Fire Station. Later, an addition was built to house a branch library. Finally, in 2006, the loft-style condominiums were built and renamed Engine 1.

The integrity of this rich architectural history is well preserved in the development of these loft-style units. The exterior still maintains the stately brick facade, copper gutters and downspouts, and a weathervane that dates to the earliest days of the building, topping the landmark cupola. 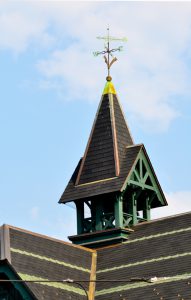 But inside, the modern South-End-style loft is simply  breathtaking. Ten- and twelve-foot high ceilings and seven-foot windows soar, drawing the eye to the bright voluminous space. Clean lines, open floor plan, and modern finishes create a peaceful and urbane atmosphere: bamboo floors, Bosch appliances, understated tiled baths, and a gas fireplace all work to create the perfect balance of warmth and modernism.

Designed and developed by Urbanica in Boston, the unit also features:

Offered at . $599,000 Showings to begin Friday, September 9, with public open houses Saturday and Sunday, 9/10 & 9/11. Contact Bill and John for private showings or if you have any questions.

Following the Waverley Trail from Waverly Square, one is led toward Beaver Brook Reservation, state conservation area, 59 acres of open fields, wetlands and woodlands. Ponds, fields, marsh, a cascading waterfall, and trees descended from Waverley Oaks, a grove of about two dozen large and ancient trees that in the 1890s led to the establishment of the world’s first land trust, as well as the nation’s first public regional park authority.

Thanks to waverleytrail.org for much of the history presented in this post. 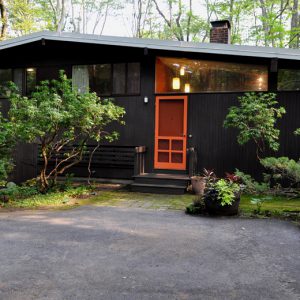