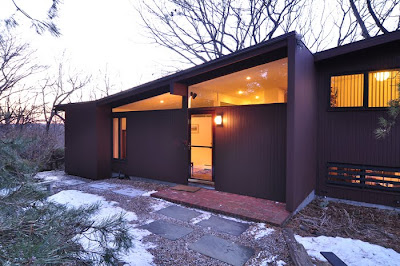 It is an expanded and updated five-bedroom Peacock Farm house. The original Walter Pierce design of this now-modern-classic style has been expanded in the front, on the side, and in the rear. The kitchen in particular, benefits with the bump-out and feels much larger than most Peacock Farm kitchens. And the front addition adds a foyer. As the viewer steps into the living room, the eye is carried through the open-concept living and dining area, flowing through to the outside via walls of sliding glass doors. The viewer is drawn out to an expansive 30-foot deck overlooking the large level lot. 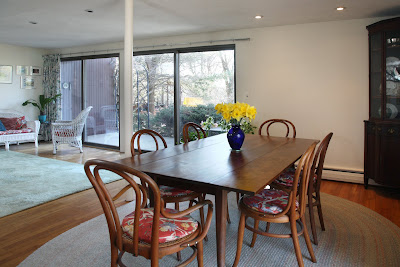 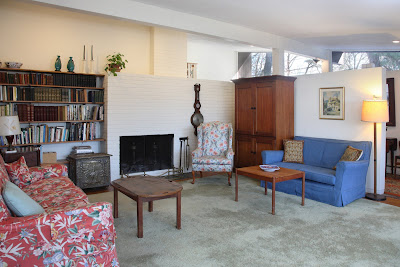 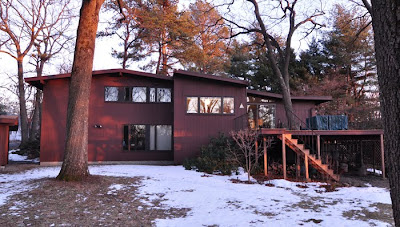 The house has 2203 square feet of living area on three split levels. There are two full baths and five bedrooms, three of which are on the uppermost floor. If a buyer wanted a large open family room on the lower level, one could open up the two bedrooms on the walk-out, above-grade lower level.

The kitchen has been bumped out with an addition and has Staron (like Corian) counters and a large stainless steel range.

One of the great features of 52 Peacock Farm Rd. is that the original windows have been replaced by Pella insulated windows.

There is a two-car carport designed by Walter Pierce in 1994. 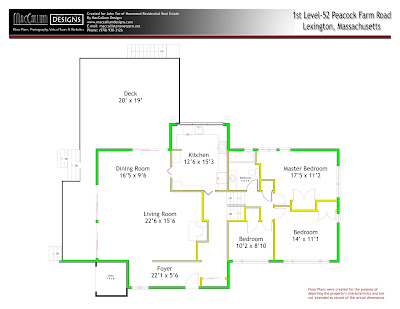 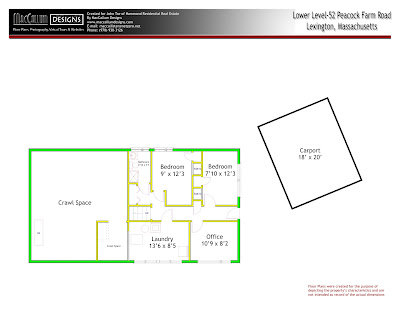