SOLD: 464 Concord Ave. Five Fields, Lexington. Offered at $899,000. Photos by Lara Kimmerer unless otherwise noted. Click any photo to enlarge and view as a slide show. 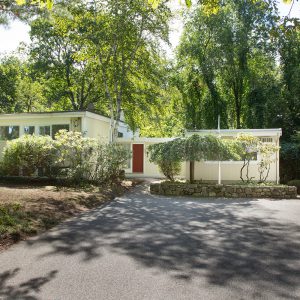 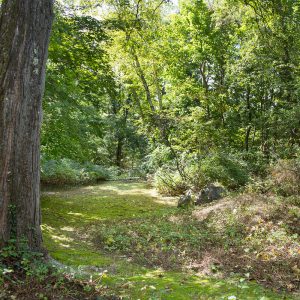 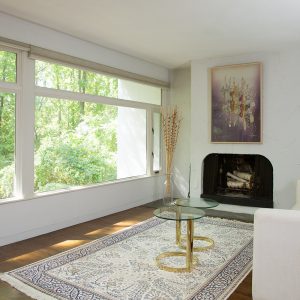 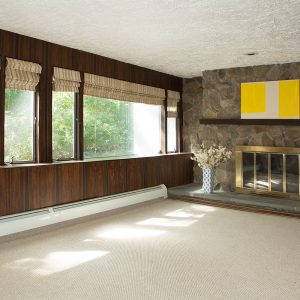 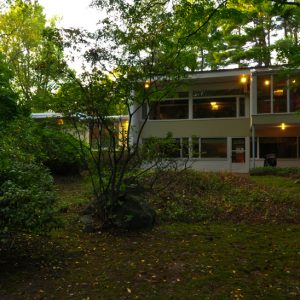 Great opportunity to own in the highly sought-after Five Fields neighborhood for under $1 million. Sited back from the road on a private wooded backyard abutting conservation, the International Style modern house has approximately 2,907 s.f. of living area, plus additional storage, and a two-car garage. A classic mid-century-modern breezeway foyer with walls of glass sliders leads to a very large family room addition to the right, set in its own wing for those who want a bit of separation. There is basement storage underneath. Turning back toward the main house, you’ll find the type of light-filled open floor plan that fans of the style love. Up a few steps to the main floor, there’s a living room that forms an open “T” with the dining room and kitchen, which has direct entry to a screened-in porch. The dining room has also been extended with a solarium window set, allowing abundant natural light. The living room has a band of windows overlooking the private back yard and conservation land beyond. A wing with three bedrooms and two full baths forms the other side of the house.

On the first level, there is a master suite with its own full bath, and the original family room/playroom with a stone fireplace. The fourth full bath and a laundry are also on this walk-out level.

All of this space is ready to be made your own.

Concord Ave has brand new sidewalks so it’s a breeze to get to the neighborhood pool and common land, and if you if you like to stroll to shopping or public transportation. 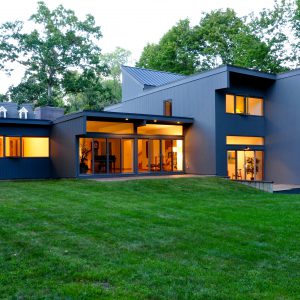 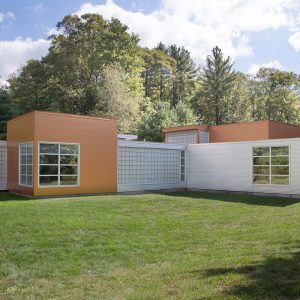 Beautifully Bold in the Foothills of Blue Hills