Photos by Lara Kimmerer. Click any photo to enlarge and watch as slide show. 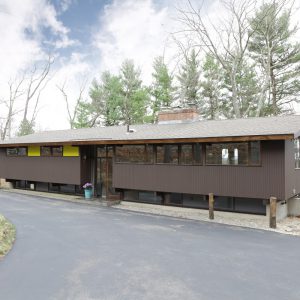 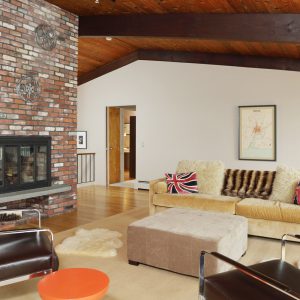 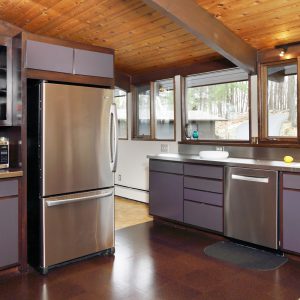 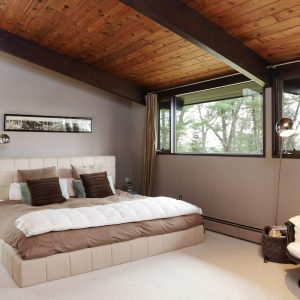 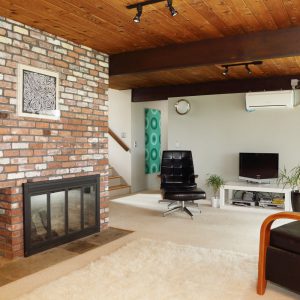 Fantastic vistas from the living room and deck of the updated mid-century-modern Deck House in the Annursnac Hill Association. Soaring ceilings in the main living area. Screened-in porch off the dining room for coffee in the morning and perfect relaxed evenings. Three bedrooms on the main floor, including master suite. Three additional bedrooms and a family room with second fireplace downstairs. Mini-split air conditioning units. Oversized two-car detached garage. Start enjoying the neighborhood swimming pond, tennis courts, and miles of conservation trails this summer with deeded rights in the neighborhood association. The wooded siting offers privacy, while you can also enjoy the community setting. (Sold). 518 Annursnac Hill Road, Concord. Offered at $859,000. Open houses May 16, 12:30-2:30 and May 17, 1:00-3:00. Contact us here with questions or to set up a private showing.

Acton, MA-based Deck House was recently resuscitated by local businessman, Tom Trudeau, after the recent recession brought the 60+ year-old company to receivership. The roots grew — pardon the pun – out of Acorn Structures, a trailblazing company founded in 1947 by John Bemis and the legendary Techbuilt and Snake Hill architect Carl Koch (see info here). Acorn developed a very different sort of aesthetic over the intervening decades.

To further quote the Boston Globe: 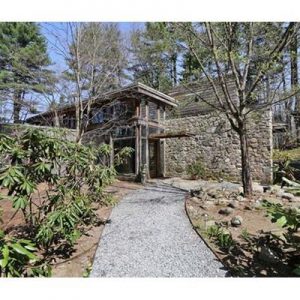 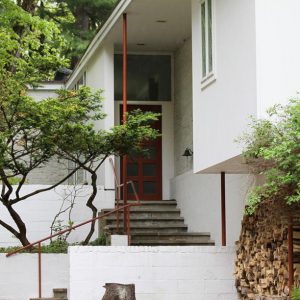 Sneak Peak in Boston Globe of the Hoover House