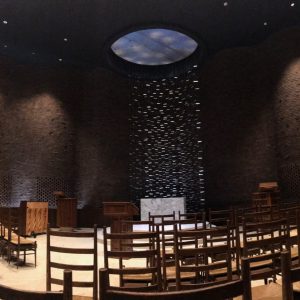 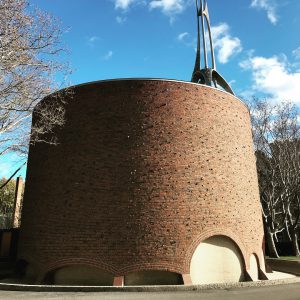 Exterior of the Eero Saarinen design. Spire by Theodore Roszak 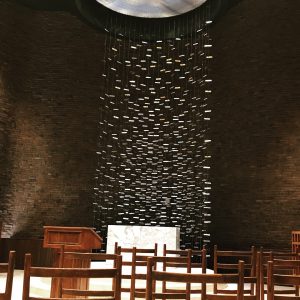 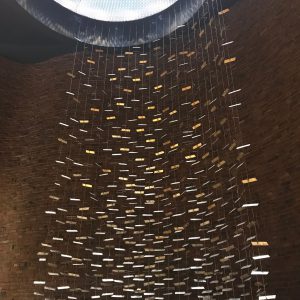 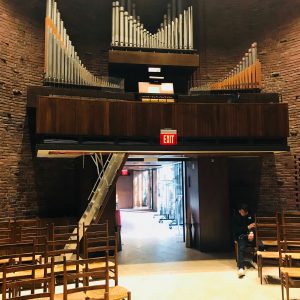 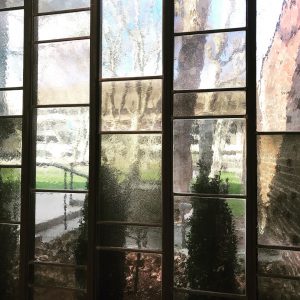 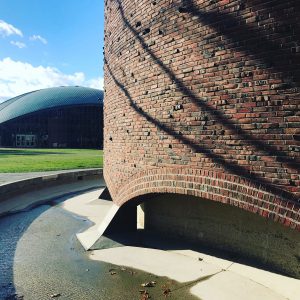 View towards the Krege Auditorium 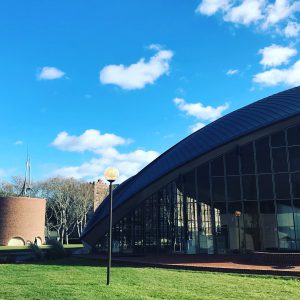 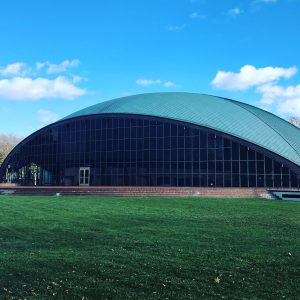 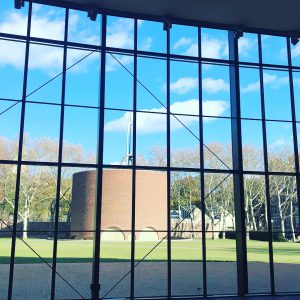 View of Chapel from lobby of auditorium 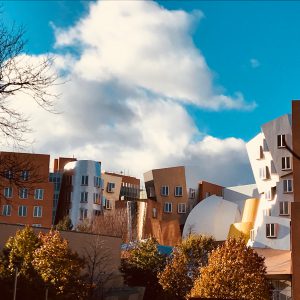 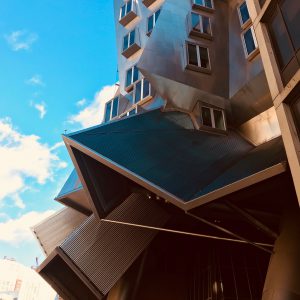 As a fan of Modernism in general and in the particular examples here in the Boston area, I had always intended on visiting the non-deominational MIT chapel, designed by Eero Saarinen, but it’s just one of those things in your home city that you just keep thinking you’ll get to eventually. Well, eventually came this past Monday when I finally drove over and checked it out. I have likely driven or walked by it on Massachusetts Avenue hundreds, if not thousands of times. But it had been obscured by another building, Bexley Hall, since demolished.

I approached on foot from the other direction, northwest, and first came upon the Kresge Auditorium, a dramatic Saarinen design. That building was open but the lights were off in the auditorium space. The lobby windows offered a view of the chapel, across landscaping also designed by Saarinen.

The chapel itself, dedicated in 1955, is an unassuming brick cylinder, albeit topped with a striking silver spire by Theodore Roszak. You follow the curved moat on a footpath to the entry, which is a simple rectilinear hallway with stained glass windows on the two exterior sides and an off-white floor in what seems to be asphalt tile.

The main components that result in the peaceful solitude you feel sitting down are the intimate size, the undulating brick windowless walls, and the centerpiece: the Harry Bertoia altar sculpture that shimmers down from the skylight over the white marble altar.

Adjaye gives a much more articulate description of the experience in the video than I could, so I will leave it here.

Since it was such a nice crisp fall day, I decided to walk over to the List Visual Art Center, which being Monday, was closed. But it meant getting another sense of the Frank Gehry-designed  Stata Center, which I passed through on my way. In many ways, it’s on the opposite side of the architectural spectrum: showy, even gaudy Deconstructivist cubes and slants, but fun because of all that, leaky construction notwithstanding. 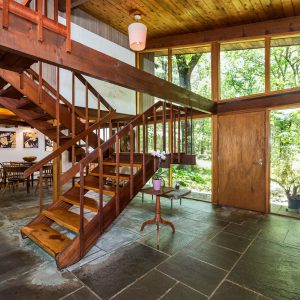 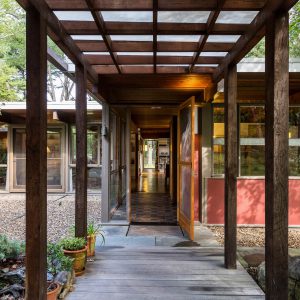