Additionally, the landowners arranged to cut off this portion of what was then a continuation of Old County Road, and creating Old Conant Road, which forks into Conant Road. Notably, at the fork and adjacent to the property of 5 Old Conant, is the Modernist landmark Earl Flansburgh house. By creating the new road, they ended the possibility of Old County Road being one long cut-through from Route 117 to Trapelo Road, which would be awfully tempting at times to use in lieu of Route 128. Instead, there remains a quiet country lane vibe to the neighborhood. Incidentally, the current owner works in the Seaport District in downtown Boston. By taking 117 and connecting to the Mass Pike, he has repeatedly timed his commute around 22 minutes to be at the office at 10 a.m. There is also a commuter rail station in Lincoln. 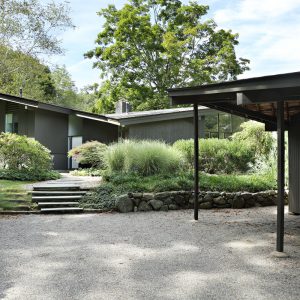 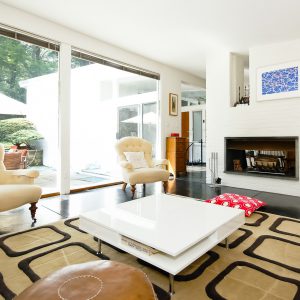