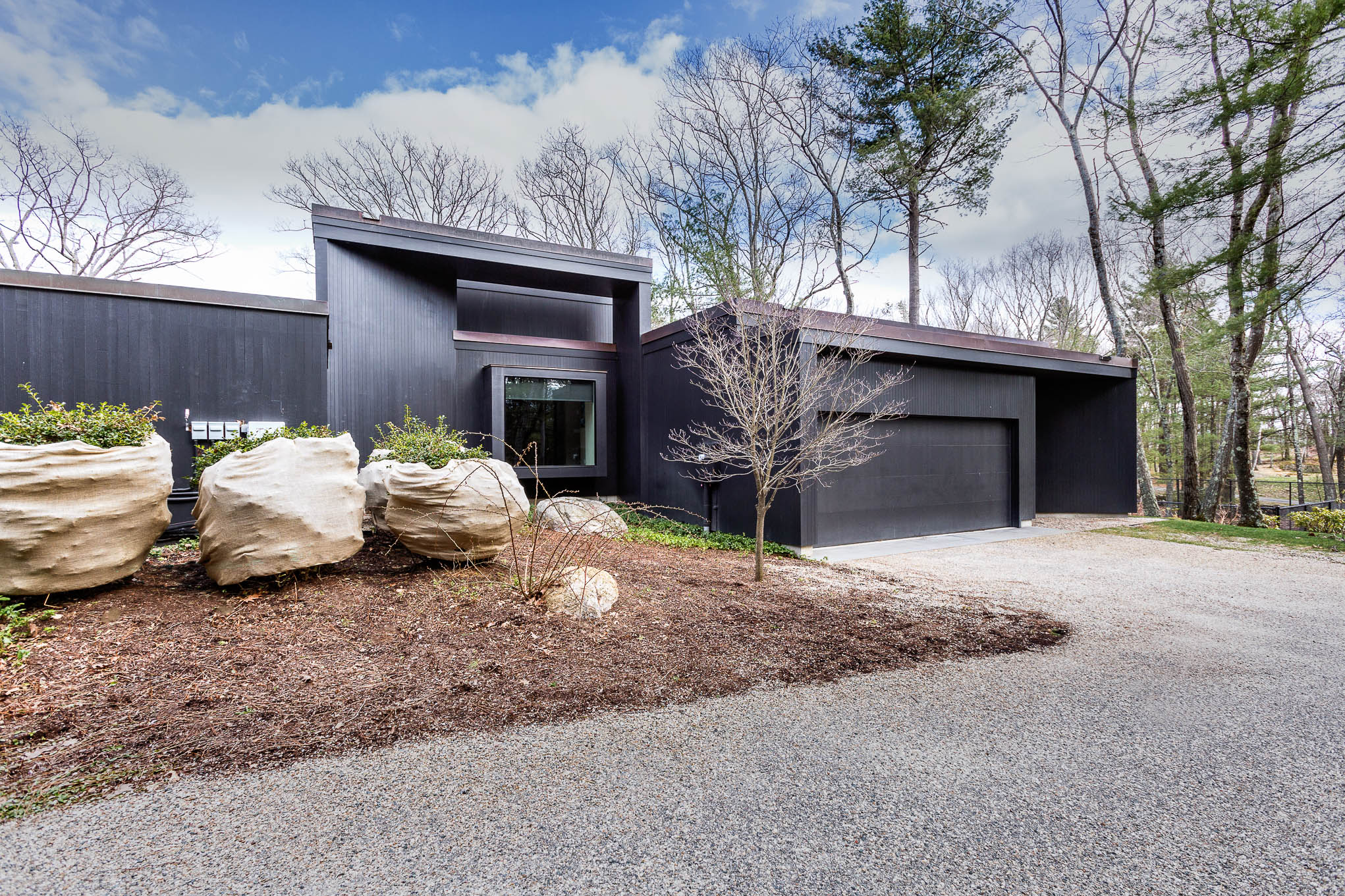 A distinctly rare offering, this luxurious Modernist estate, initially designed by pioneering architect, Henry Hoover, was rebuilt and expanded in 2004 and significantly expanded and renovated again in 2013, with new plans from Schopfer Associates.

The property is oriented to take full advantage of the setting’s dramatic views. Sited on 4.2 professionally landscaped acres, the secluded property overlooks the Cambridge Reservoir and city views beyond. Consistent with Hoover’s original design, the 7,903 square foot home unfolds to reveal the breathtaking vistas from many of the interior spaces. An open floor plan forms the nucleus of the family living area, with formal and informal spaces. The naturally flowing floor plan extends to a deluxe master wing; a children’s wing; a guest suite; and an in-home spa encompassing a home gym and an infinity lap pool with a floor-to-ceiling window to capitalize on the property’s priceless views. Picture yourself swimming or simply floating as outside the leaves turn or the snow falls.

The living area flows out into a natural-light-filled three-season room with radiant heat under the custom bluestone floors. After a few games on the tennis and basketball court, reward yourself with cool drinks on the resort-like bluestone terrace. With a clean-lined Poggenpohl kitchen, two sets of garages, and updated systems, there will be nothing left for you to do but enjoy living in this exceptional property.

In 1934, Henry Hoover climbed a hill overlooking the Cambridge Reservoir in Lincoln and paid $1000 for two acres on which to build a house for his family. In 1935, he sketched out the house that would be completed in 1937, predating Lincoln’s more famous Gropius House by more than a year. Walter Gropius, who after co-founding the Bauhaus in Dessau, fled Nazi Germany to take the chairmanship of the Department of Architecture at Harvard’s Graduate School of Design in 1936. Gropius’ reputation preceded him, but Hoover had already been working on Modernist ideas before the arrival of the renowned German. Hoover ended up designing over 25 other houses built in Lincoln and close to 100 residences overall, including this 1955 house at 33 Tabor Hill Road, “the Peavy House.”

Like Gropius, Hoover was a transplant to New England. Raised in Idaho, he studied at the University of Washington as an undergraduate, and then went on to Harvard for his degree in architecture. After a fellowship that allowed him to travel in Europe, he first went to work for Fletcher Steele, a celebrated landscape architect of the 1920s and 1930s. These two tracks of his training are seen converging in his work, beginning at his own house at 154 Trapelo Road. As described in the book about his work, Breaking Ground: Henry B. Hoover, New England Modern Architect, “Hoover’s practice demonstrates how he utilized, transformed, and individualized prevailing Beaux-Arts architectural training of the 1920s to achieve a modern residential architecture informed by—but different from—the normative (Bauhaus driven) idea of modern architecture.” In the Ecole Beaux-Arts tradition, students take a position, a stance, a decision, called a PARTI’. Hoover’s PARTI’ is that a house is always its site.

This prevailing philosophy is made abundantly clear here at the Peavy House at 33 Tabor Hill Road, which has been expanded twice under the auspices of Schopfer Associates, sympathetic with Hoover’s original plan. As with most of his plans, the architect’s design guides visitors through a series of phases of revelation. The house strikes a low and sleek profile from the street. Upon entering a wide foyer, the eyes get drawn toward the living room, to the terrace, and finally to the view over the treetops.

Each of Hoover’s houses was individually designed with the needs of each client in mind, harmonizing problem solving, the needs of the family, and the opportunities of the site. He even custom designed pieces of furniture for the houses. According to Lucretia Hoover Giese and Henry B. Hoover, Jr., the authors of Breaking Ground, Leopold Peavy was an investment banker and he and his wife, Elizabeth, were both admirers of modern architecture. They were introduced to this four-plus-acre lot set up on a ledge with a expansive view of the reservoir. Hoover was naturally “inspired by the site’s steep outcropping.” At around 4,000 square feet, it was Hoover’s largest house to date. The authors opine that “despite extensive modifications by two successive owners, in 2004 and 2013, the house’s basic, though amplified, footprint and appearance of having grown from its unique landscape, remain intact.”

Note: This listing is no longer with our team. Happy to discuss as buyer agents.

33 Tabor Hill Road by the Numbers 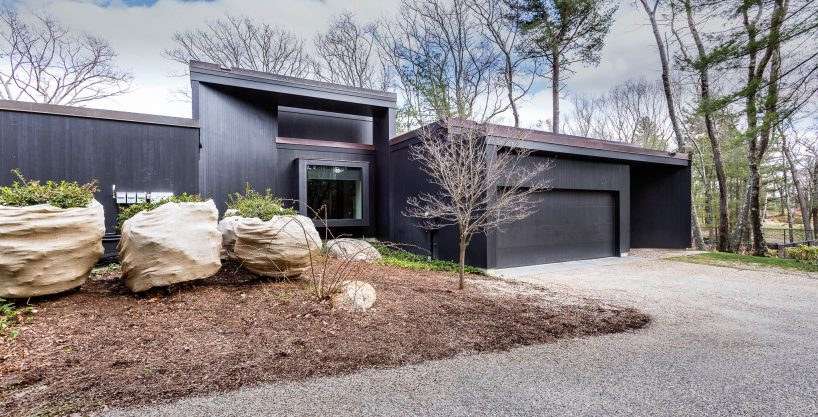 A resident of Lexington since 1994, it was a mix of the town’s lifestyle and architecture that drew Bill…

John began his real estate career early in life, assisting his mother in all aspects of managing the family’s multi-family… 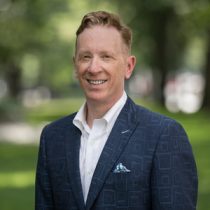