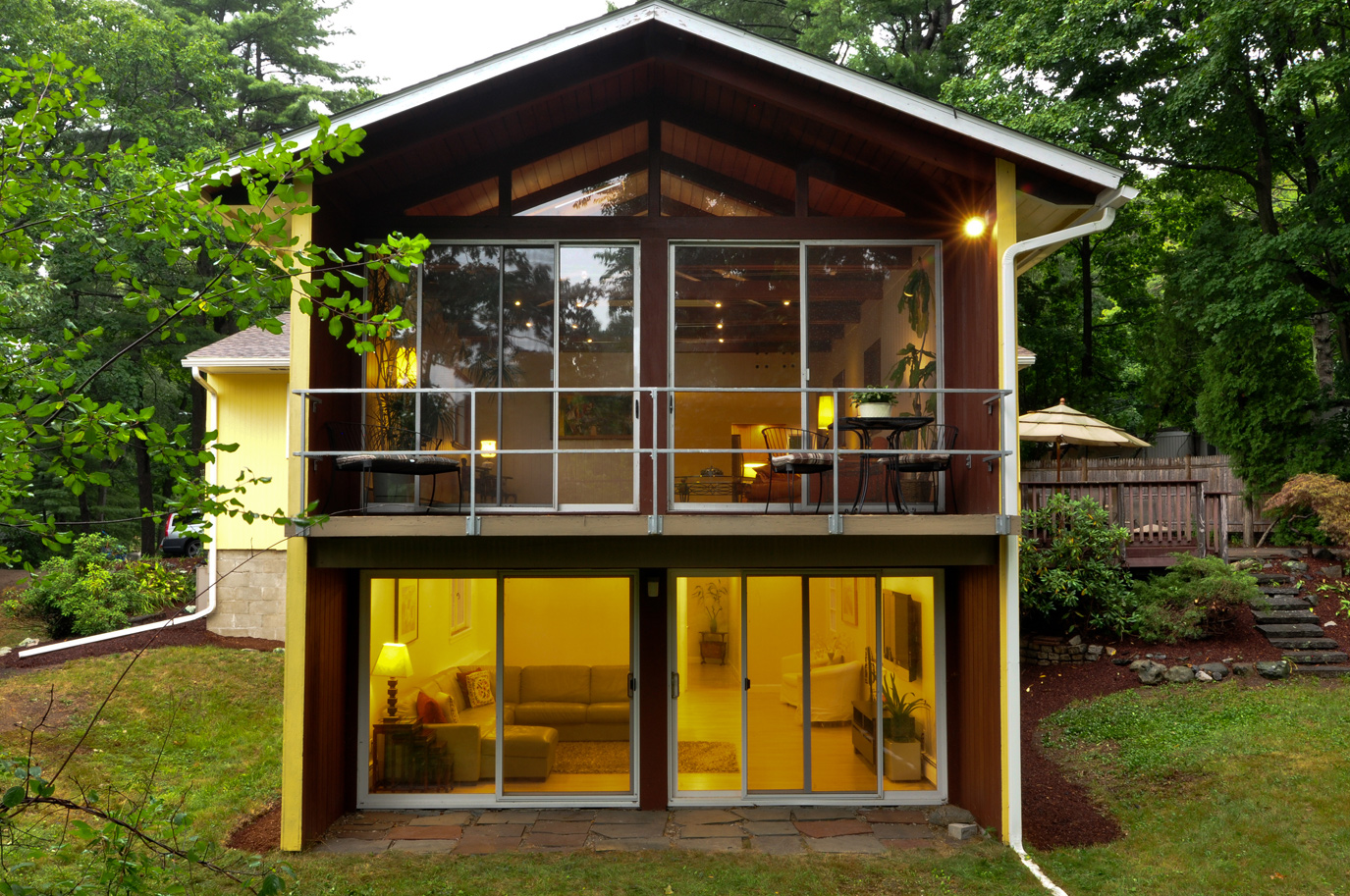 Escape to the highly sought-after pioneering modernist neighborhood of Five Fields — designed and developed by internationally renowned Gropius-founded firm, The Architects Collaborative (TAC) — featuring a neighborhood pool and common fields with a recent architect-designed playground. Sited back from the road on a private wooded lot with a backyard abutting conservation, this cheerful and well-maintained midcentury-modern house is filled with natural light from oversized windows, bringing the outdoors in. A thoughtful floor plan balances private spaces with an open concept living area. A dining area with a fireplace flows between the open kitchen to a huge living room addition with vaulted ceilings. Glass sliders open to a deck overlooking Juniper Hill conservation land. A 2-story wing with 5 bedrooms and 2 baths allows you to shut out the world for a while or concentrate on your work. The lower level has a family room, 3 bedrooms and full bath. A 2-car garage has extra storage. Work and vacation from home!

For showing requests or questions, please contact us below.