Click any photo to enlarge and view as a slide show 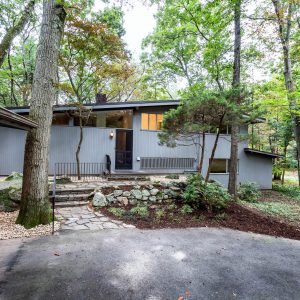 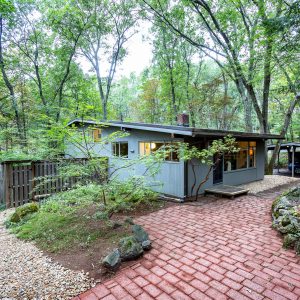 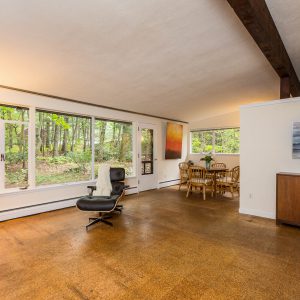 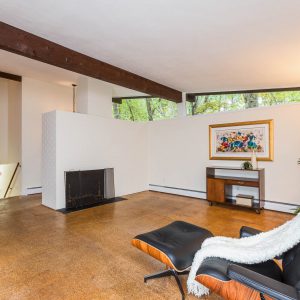 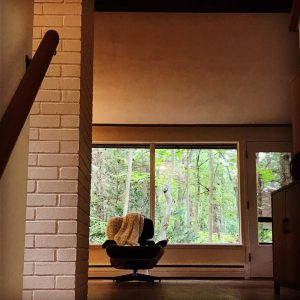 Located on a cul de sac where the neighborhood’s developer-architect founder, Walter Pierce, built his own house, 7 Trotting Horse is a classic Peacock Farm house. But in addition to two of the five bedrooms, the first floor offers a Japanese bath with a large window overlooking a private walled Zen garden. The main level sports the famous open floor plan of Pierce’s post-and-beam design, which would also allow future modifications to open the plan even more. The living room with a fireplace flows seamlessly to the dining room and the eye is drawn out to the patio through the wall of windows. The kitchen retains the original cabinets. The upper floor of this multi-level design features three bedrooms and a large full bath. The original footprint has an extension on the bedroom side of the home. A detached two-car carport keeps the weather and acorns off your car, and contains two attached sheds for storage. This is one of the precious few houses in the neighborhood with natural gas. A short stroll to the neighborhood pool. Own a piece of this historic community.

Showings begin Friday, September 22. Open houses 1:00-3:00 each Saturday and Sunday the 23rd and 24th. Contact us for a private showing. Offers shall be presented 1PM Tuesday, 9/26. Estate. Please allow 24 hours minimum for response. Email offer as single PDF to janovitz.tse@gmail.com

7 Trotting Horse by the numbers 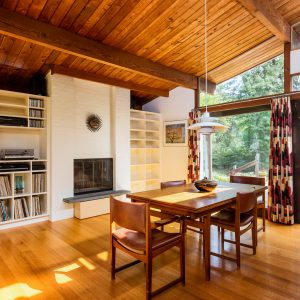 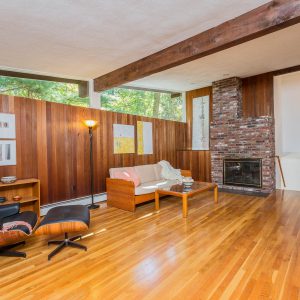