Click any photo to enlarge and view as a slideshow. 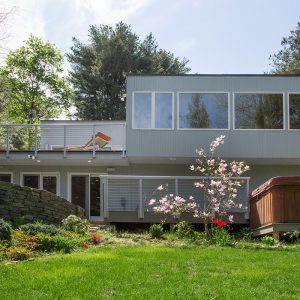 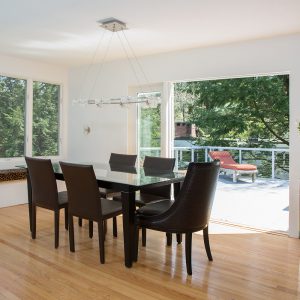 A remarkable offering of a rebuilt historic Modernist classic, designed by The Architects Collaborative (TAC) under the auspices of Bauhaus co-founder, Walter Gropius, this tasteful and serene home has only had two owners. With walls of insulated windows overlooking the terraces and the hill beyond, the Modernist ideals of embracing the site, taking advantage of natural light, and harmony between indoors and out are flawlessly executed at this property. The design divides open-concept living, private sleeping, and separate play areas. The main level includes four bedrooms, two of which were expanded by current owners, full bath, and a master suite with updated en suite bath and walk-in closet. An above-grade first level boasts a open concept huge media/game room with wet bar and French doors to a hot tub, plus a luxurious third full bath, another half bath, and a study. High-end professional landscaping also distinguishes this property, with granite terraces and steps, decks, and a level lawn.

Watch our video introduction of Six Moon Hill and other Modernist neighborhoods here. 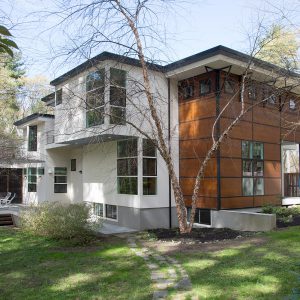