Five Fields in the Boston Globe 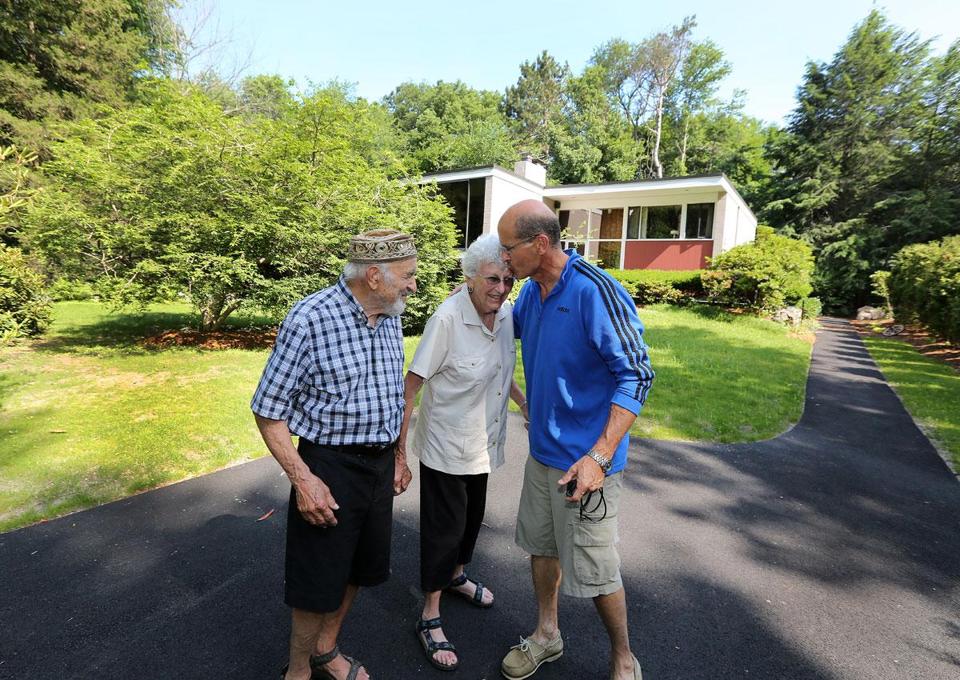 A truly excellent and comprehensive article by Linda Matchan that captures what makes Five Fields so special. Link here. Excerpt:

…It is part of a small, tightknit, and, for its time, radical community of modernist homes known as Five Fields. The neighborhood, established in the postwar 1950s by a group of local architects, including the internationally renowned Walter Gropius, was devised as a mix of social idealism and unconventional design.

The Weisses were among the original members of the Five Fields community. Sam and Vivian Berman, also original buyers, are selling their home, too; with both homes being sold, that leaves just two of Five Fields’ “settlers.”

The departures of the Weisses and Bermans marks one of the last chapters in the decades-long experiment.

Five Fields offered simplicity, natural surroundings, and a modern aesthetic. But perhaps most notably, the homes surround 8 acres of common land — including a playground, frog pond, and swimming pool — to foster a sense of community, something Gropius, a pioneer of modern architecture, believed was an antidote to the growing scourge of what he called “social loneliness.” It was one of a handful of such modernist communities in Boston’s western suburbs, including Six Moon Hill and Peacock Farm in Lexington, Snake Hill in Belmont, and Conantum in Concord, designed by several different architects….

So why didn’t the concept take off, influencing more developments around the country? Harvard’s Timothy Hyde thinks economics has something to do with it. Setting aside large tracts of land for common space is expensive, and developers can make more money if they build houses on it.

“There’s a desire to maximize profit,” he said. “I don’t think [the collaborative’s] concern was making as much money as possible.”

It’s probable that social factors were at play as well, he said. “Many people might have said in the ’50s and ’60s that they had strong communities structured around different organizations or institutions — churches perhaps, or social clubs — and so did not feel the need for a physical community such as this.”

Today, there are developments meant to encourage community, he said, such as gated communities or golf course developments, but they brand identity rather than ideals. “We call it lifestyle now,” he said. “[It] may appear to us to be more mercenary or less social than Five Fields, and they do obviously have very different instincts about design. But the underlying impulses may not be so different.”

A lot has changed in Five Fields. People, in general, are more mobile, and they move in and out more quickly. “Suddenly, there have been three or four houses on the market and you almost never see that,” David Berman said.

There are fewer children in the neighborhood. Houses have been renovated multiple times, some of them bearing little resemblance to the original. The same goes for the prices. The Weisses’ house was on the market for $1,250,000. The Bermans’ is selling at $995,000.

There seems to be no shortage of buyers. Bill Janovitz, a broker for William Raveis Real Estate in Lexington, said he and his partner John Tse have sold eight houses in Five Fields in the last five years, three of them this season alone.

Many of the buyers are young and living in Boston, he said, and are infatuated with modernism.

“They come at it with architecture in mind first, and the community spirit thing is just gravy for them,” said Janovitz, who, with Tse, has a modernism website, modernmass.com.

Anna McGuinness recently bought a house in Five Fields where she will live with her husband and two children. One of the most remarkable things about it, she said, is that when she and her husband first came there, a neighbor came up to speak to them.

“We come from urban environments where no one speaks to you even if they’re on top of you,” said McGuinness, who left Mississippi in 1999 and has lived in Chicago and Cape Town. “I just didn’t know how to take it. The first thing he said was he had children who could baby-sit. He was so friendly — I genuinely felt that he meant it. In all the years since I left Mississippi, I haven’t had a neighbor do that.” 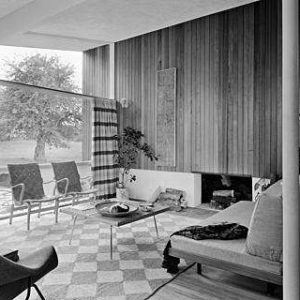 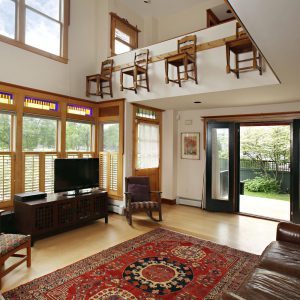