Interior photos by Lara Kimmerer. Exterior shots by John Tse. Click any photo to enlarge and watch as a light box slide show. 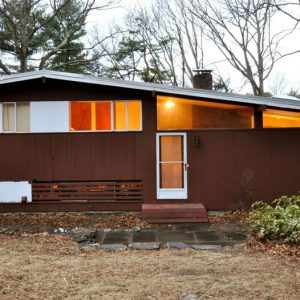 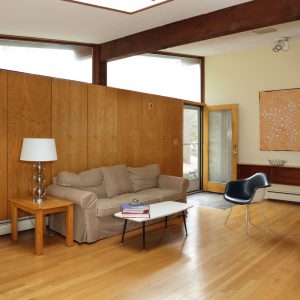 Beautifully sited and updated Peacock Farm house, expanded from the original award-winning Walter Pierce design. The kitchen was enlarged and opens to a deck that runs along the rear of the house, featuring hilltop views. Bring the outdoors in with walls of glass that bathe the house in natural light. Zen tranquility can be found in the rock garden just inside the dramatic foyer addition, and in the way the house consistently relates to the surrounding natural environment. Three bedrooms and a full bath on the top level, and an additional bedroom or study and full bath off of the family room on the first level. Close to the spectacular neighborhood pool, with deeded membership. Quick access to Route 2, Alewife, Cambridge, and Boston. The mid-century-modern Peacock Farm neighborhood is now included in the National Registry of Historic Places* and the pioneering spirit of the community remains vibrant.

More about Walter Pierce — and an interview — tagged here. 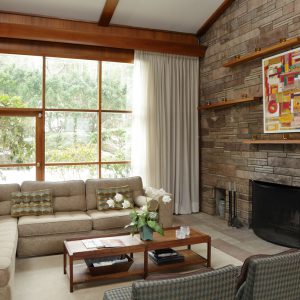